All posts in europe

friuli neither is the most impressive nor the most visted part of italy, but definitely  has it’s own character, secrets to be uncovered, plenty of history and culture and offers beautiness for those, who are willing to take a second look.

most people don’t pay any attention to the beautiful lake of cavazzo, they just rush along the motorway to reach the adriatic beaches. they miss a piece of jewellery called venzone – hit hard by earthquakes in the past (1976) and rebuilt originally brick by brick. cozy village with a lovely shop for lavender based-products and frightful, curious mummies to visit in the crypta of san michele.

we made a short side trip to the fortezza di osoppo, after all world war one had it’s centenary recently and the historic fight places between the austrian hungary and the italian military are still very present as well as he fortification used in these days. he fortezza turned out to be a lovely green and restful place to stay with a nice cafe. offering a great view to the surroundings.

next stop san daniele del friuli, well known for the famous prosciutto. interesting to see how how professional & touristic the big companies act along the sr463 in terms of marketing & selling their products. we turned away from those crowdy places towards the magnificent frescos inside the chapel sant antonio abate and enjoyed silence and wonderfully lit, intense colors of the frescos.

following the river tagliamento downstream we reach villa manin (gallery) near codroipo, the residence of the last doge of venice – lodovico manin. this historic building even hosted napolean bonaparte, who commented on the palace the following sentence  bon mot: to big for an earl, but too small for a king :) 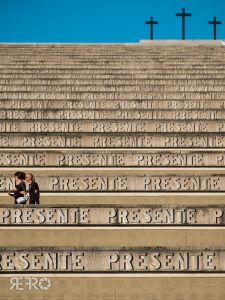 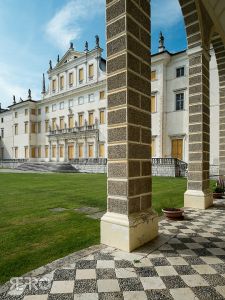 a few kilometres to the east lies palmanova, a unique star-shaped city designed at the drawing-board, once built as a supporting base for venice and fortress against the turk. nowadays more known for a huge shopping center in front of city.

as we head on to direction “mare” (the sea) we pass aquilea, once the biggest city in italy and today well known for its art treasures like the mosaic in the cathedral. we also enjoyed the sweets served in the cafe near the cathedral as well as a truly recommendable museum dedicated to the story of pinocchio. 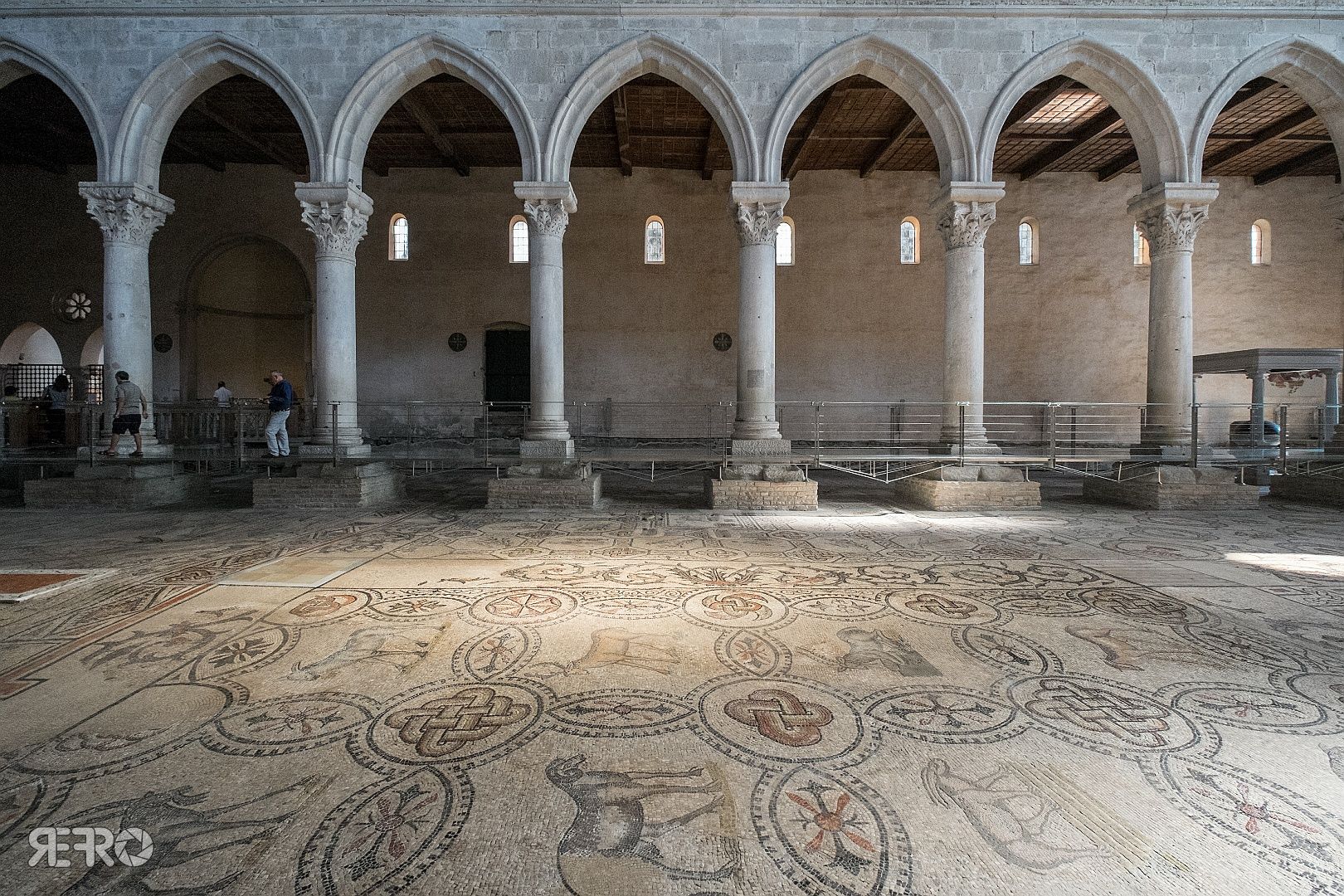 on the way to trieste it’s mandatory to stop gradisca d’isonzo, a really pretty village well suited as a base for visiting all the historic places of world war one, which are located along the river isonzo. this includes a trip up the monte san michele, a small hill, from which one can enjoy a wonderful clear view of the surroundings up o the alps in the north. it’s so quiet an peacful up there that all the cruelties of the famous isonzo-battles are hardly to imagine. in a short footwalk around the top of the “monte” those deaf witnesses of the grimly fights 100 years ago – the emplacements and caves of the austrian and italian military – can be visited. 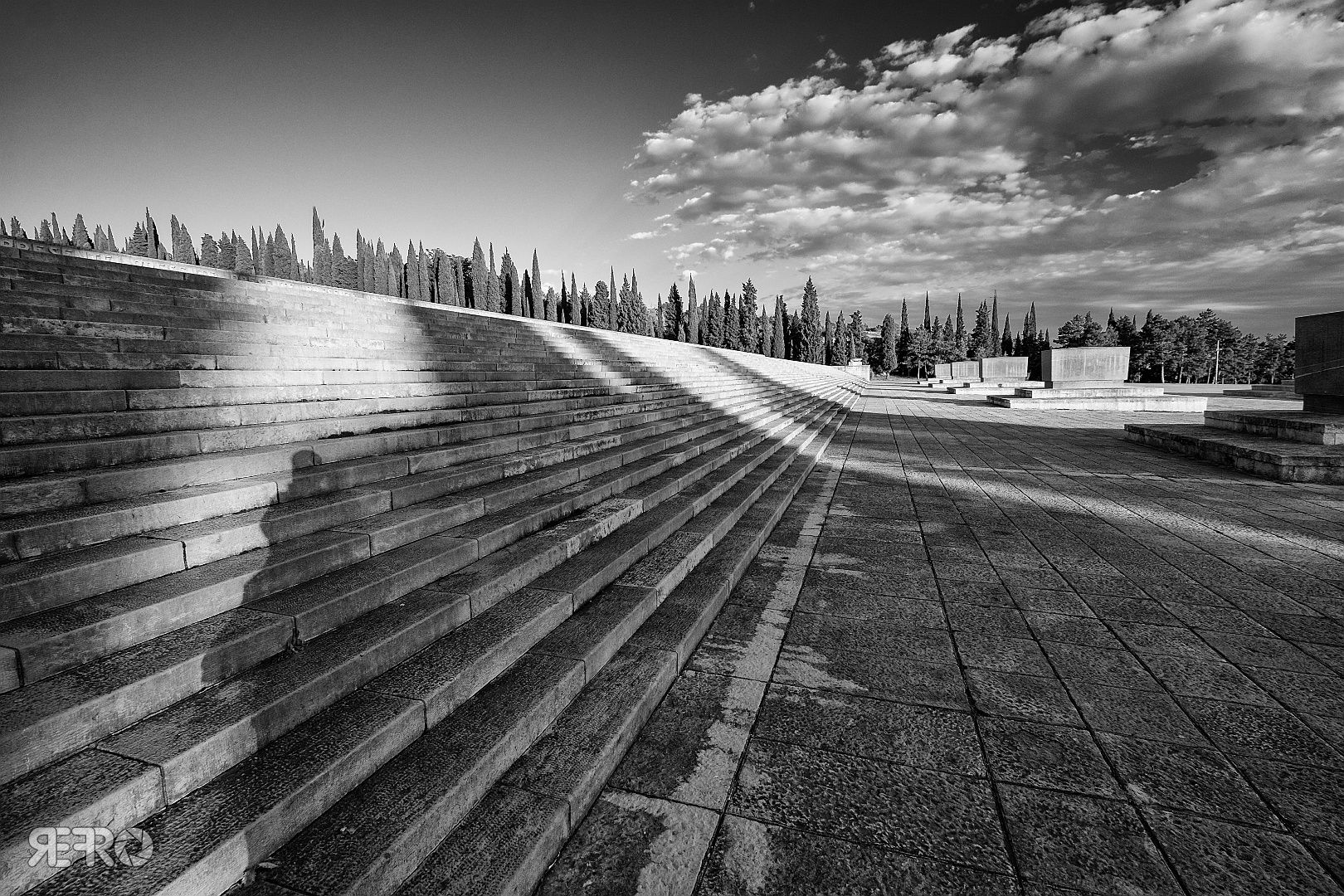 the fascistic monument in redpipuglia – errected during mussolini’s dictatorship – for the italien soldiers, plays in class of it’s own compared to the austrian-hungarian graveyard, which is located one km to the north of redipuglia. the sunset in the evening during my visit gave it an almost unreal though peaceful paint, covering the monument’s hard and bombastic character.

heading direction trieste on the magnificent coastal road ss14, along the carso, miramare palace, faro della vittorio, grotta gigante, …, so much to visit, so less time… 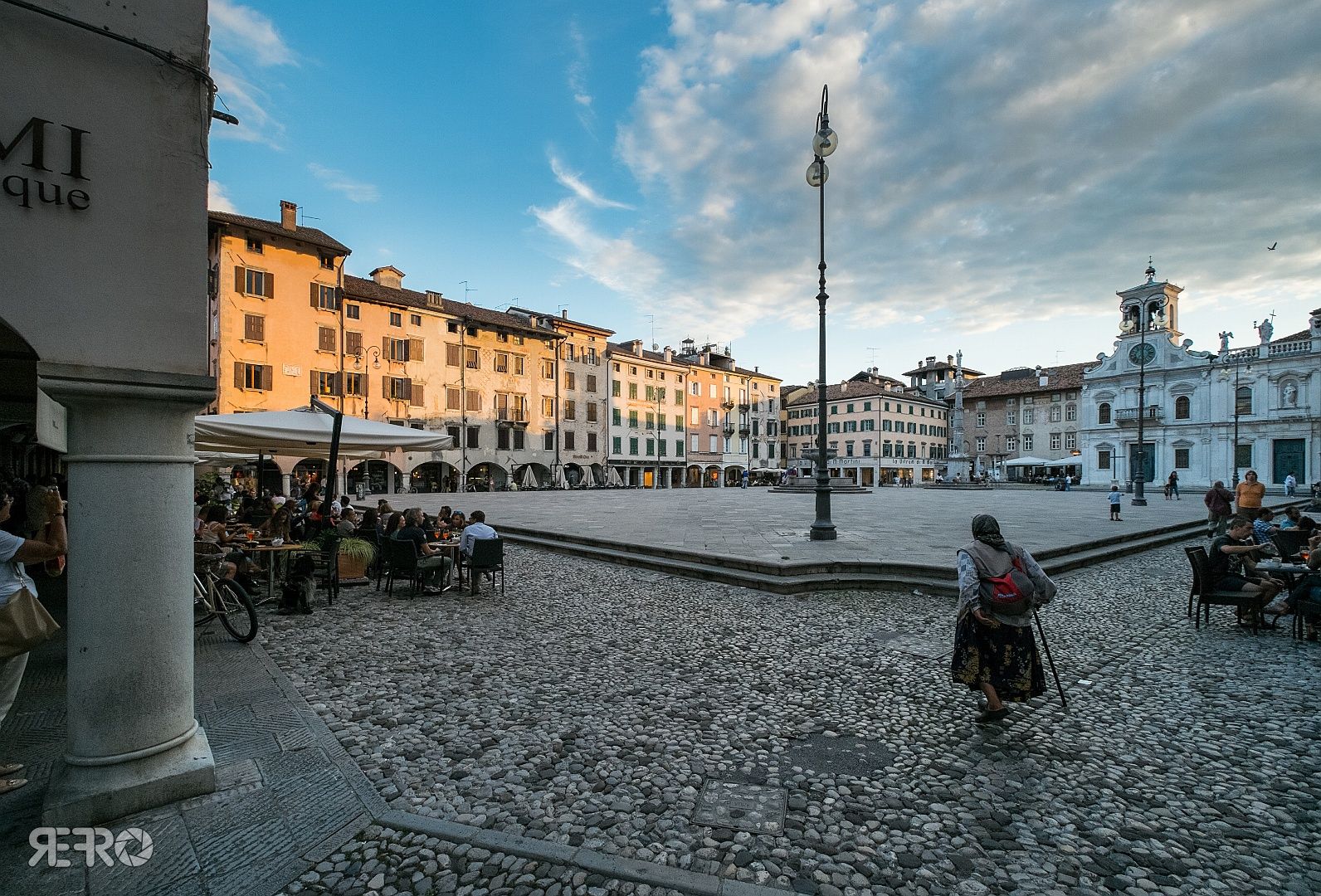 of course we stopped in udine on our way home, a strange place, which felt like a relict of medevial times – dark and threatening.

enjoy my friuli-selection in the gallery :)